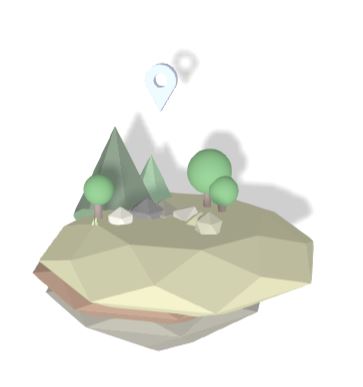 (It is needed to download the Blippar software on a mobile device first.)

The theme of this week is nature. I just started thinking about some projects, such as making some animations with plants or designing some plant patterns. However，after reading Richard Coyne's research regarding nature and smartphones(2014), I changed my mind. At the end of the article, he believed that direct human contact with the natural environment could help us relieve stress and relax. Nevertheless, the value of using intelligent facilities such as applications on the smartphone lies in the realization of things that cannot realize in real life. How to use smart devices to link with nature? How to achieve the goal of relaxing more easily? These are the issues I have been trying to explore since I read this article, and they are also the main focus of my project this week.

Finally, I want to design a conceptual project that meets the following requirements:

2. Capture the user's hand through the camera so that the island appears in the hand

Due to the time limit, this week, I focused on making an AR project first to make the island appear in hand. I created a 3D model in Blippar, then uploaded the capture point and tested it.

The production of this week was a brand new experience due to the new AR software. Pablo used it when he showed his project "PLURAMUNDI" in the pre-production class. It is the software that can display AR projects more conveniently. However, there are still many problems when using it, such as setting up markers, which provides help so that software can clearly capture the human hand and then display the island. In the end, I still have not to solve this problem, while let it catch hand can only be achieved in the same background. To solve this problem, I used an illustration of a mandala pattern as a marking point. When the software captures this picture, the island can be displayed in the center of the image. It will allow others to open my test project. On the other hand, concerning 3D models, it was my first attempt to make 3D models, so I spent some time making them. Finally, the 3D model is designed as a low poly style.

During the production of this project, my interest in AR projects was gradually high. This method can make people interact with two-dimensional or three-dimensional projects very well, which increases the fun. Perhaps, there is no need to set a project as an AR project. We can also design a similar project for our animation or game to display works.