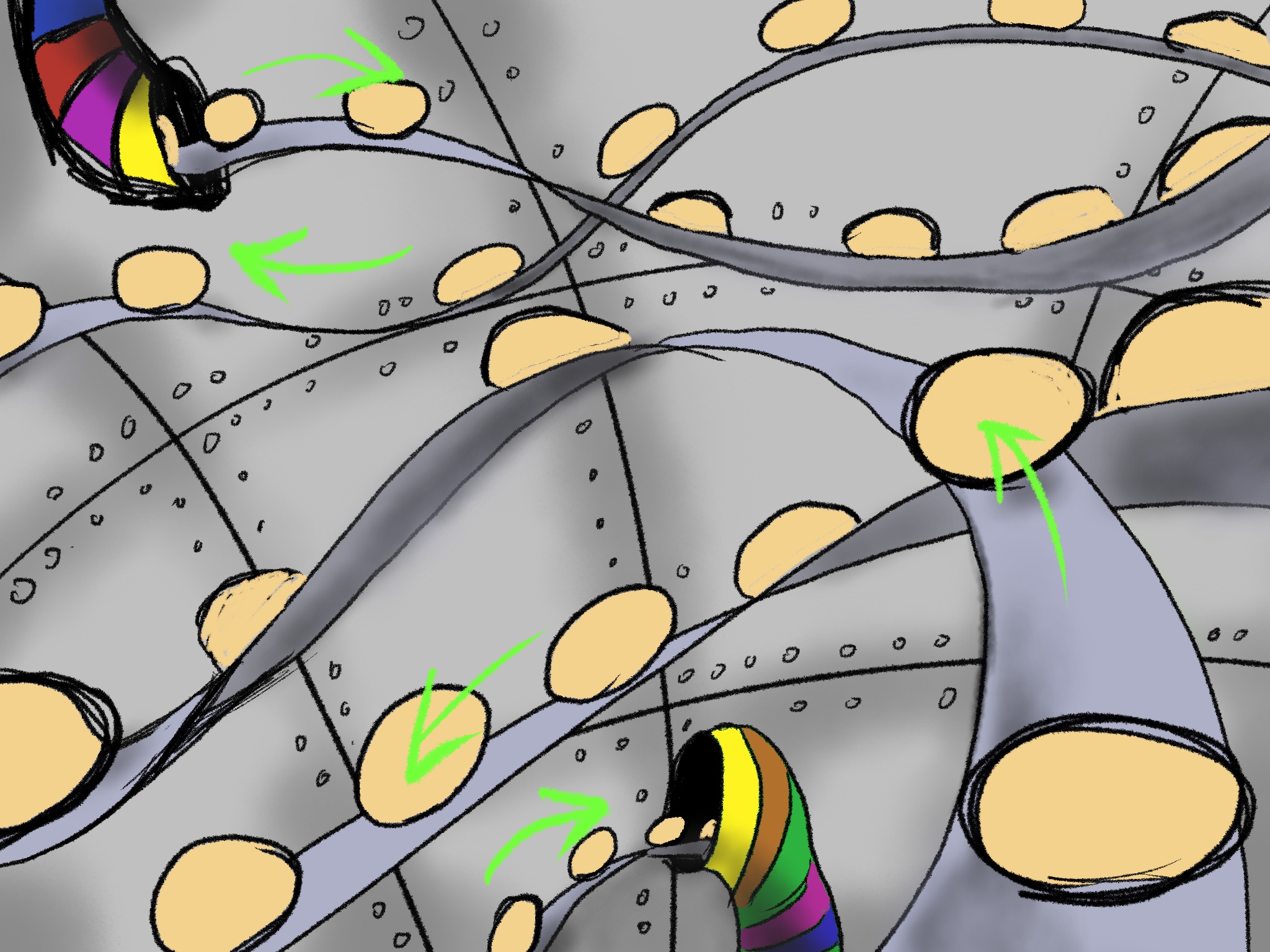 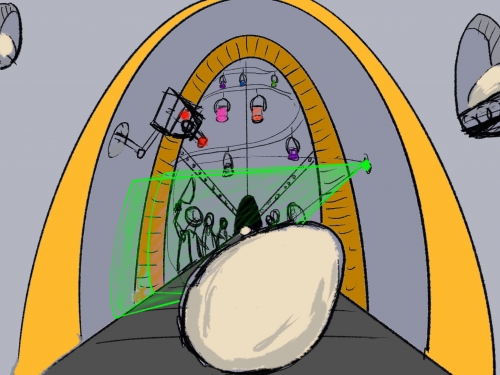 This week, we are trying to include movement in our project. On top of the egg story that I have created, I am trying to involve the movement of the camera to present the relationships and events of the characters in the story to sharpen and illustrate the main idea.

“The Baby Boss” (2017) by the Dream Work Animations has included similar works on movement. The scene about transmitting and separating new babies to fit in different categories. It is a great scene with a mixture of different angles of the camera to show the whole process in the factory. Each step is detailly introduced and animated. The perspective of the baby and the factory’s owner can be included in the mixture of angle movement. More setup of the story and characters' initial perspective can be introduced in terms of a broader range and depth. Therefore, this is more likely to be used in my story than a one-shot movement on the story's purpose.

I have drawn the scene from two angles of storytelling. The first one is at the top angle to look down on how the eggs are being transmitted from one tunnel to the other one. This can give a general idea of how things work out in the factory with many and many conveyor belts inside. The eggs are rolling on the belts in different directions which shows that everything is getting busy inside. Tones of eggs are being produced and transmitted inside the factory.

The second drawing is telling the story from the egg’s perspective. It travels on the belt and being scanned, being transmitted, being tested. The camera is following the egg in its journey until it is copped and processed into a can of food by the workers. The egg is relevantly small when comparing to the factory structure. A huge contrast in the sizes of objects is included to magnify the helplessness of the egg waiting in line to be killed and processed. The egg cannot against the will of the workers and the belt to fight for itself. This also smoothens the plot when later a rescue action takes place by some kids. The audience will find the story more reasonable as those eggs have to be rescued, they cannot run away by themselves.

Moreover, the time of the day is hidden in the settings of the scene where the audience will not know what time it is in the factory to Everything is like working there day and night 24/7. It also informs the audience that the factory exists for a period of time when it is under well control and organized.