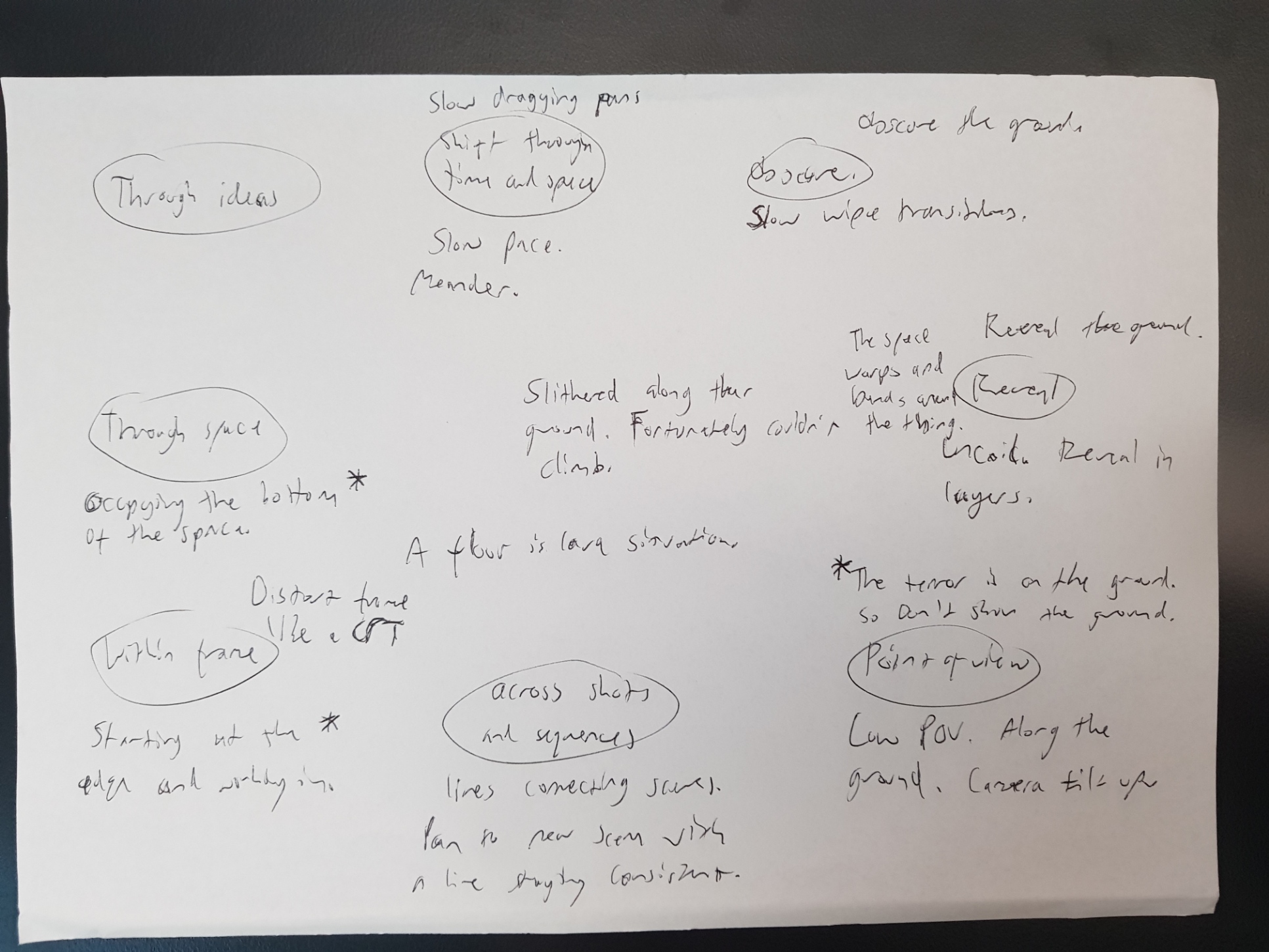 My response for week nine of Animated Narratives 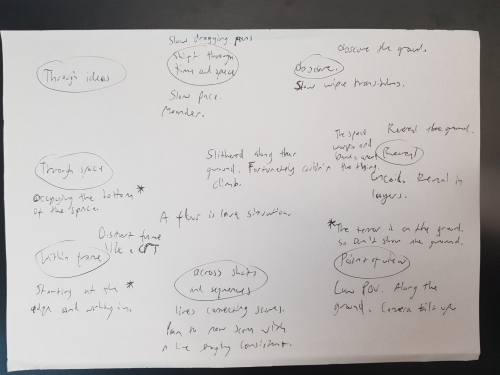 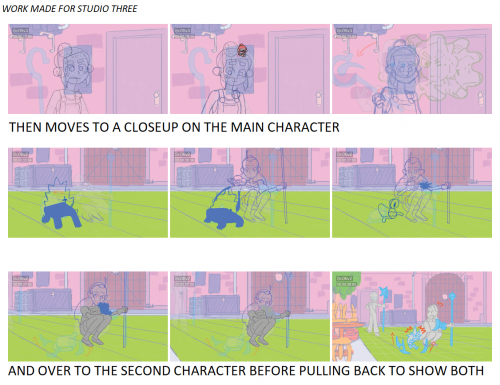 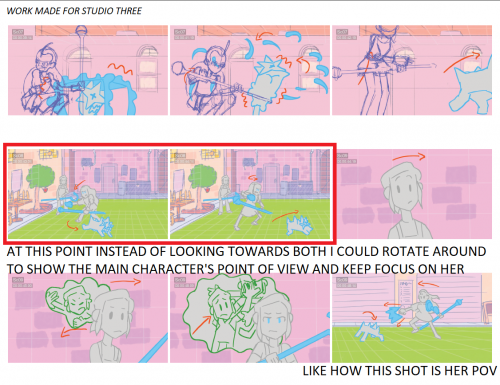 This week of Animated Narratives looked at the idea of movement and how it influences a story. Dealing with ideas of how there can be movement through time and space, how it obscures or reveals, whose point of view is being shown, how elements move across shots and sequences, how elements move within the frame, and how can the motion connect ideas.

For this week I built upon the wiki premise: It slithered along the ground. Fortunately, it could not climb.

For me, the word slithered was instantly giving off these connotations of a snake creature, and the mood of the premise felt very much like a thriller. In the end I worked on an idea that sounded like an adult version of ‘The floor is lava.’

This slithering creature would have a slow dragging pace that meanders through the scene, and this could influence how the camera moves around.

In this same sense, a big reveal would be to show the ground whether that is a confirmation of the monster or a tense reveal of nothing being there. Elements within the frame could also reveal themselves in a motion similar to a snake uncoiling. Things on the permitter of the frame moving first and slowly the motion works inwards towards the middle of the frame.

Moving across shots and sequences there could be this motif of a line, like the long body of a snake. Long elements could connect scenes, and have a sort of match cut mixed with a panning shot to move from one shot to another and have a long element in the same place between both shots and across the pan movement.

Continuing the idea of a snake coiling elements within frame could move from the perimeter to the centre. There could also be distortions to the space within the shot that prioritise this style over how physical space really works. If a camera was panning or rotation around a living room, the furniture in the living room would move at different speeds or at different times to give this unnatural parallax feel and to imitate the motion of a snakes body.

This exercise has given me some thoughts on how I could rework my studio project. During the storyboarding phase there was a lot of editing to make sure that everything within the story focused on the main character. An important detail as the runtime had to remain around 2 minutes, so I couldn’t waste a moment showing another character. Looking through the project there are moments where the camera angle could be reworked to emphasise this focus on the main character. Moments where the camera could be moved to show things from the main character’s point of view. Making these changes will have an impact on which screen direction character’s are moving towards, and so there will be a flow on effect into the neighbouring shots. It is something I want to investigate further as the short is rather quick and busy for 2 minutes, so any trick I can use to direct the audience’s attention will be useful.