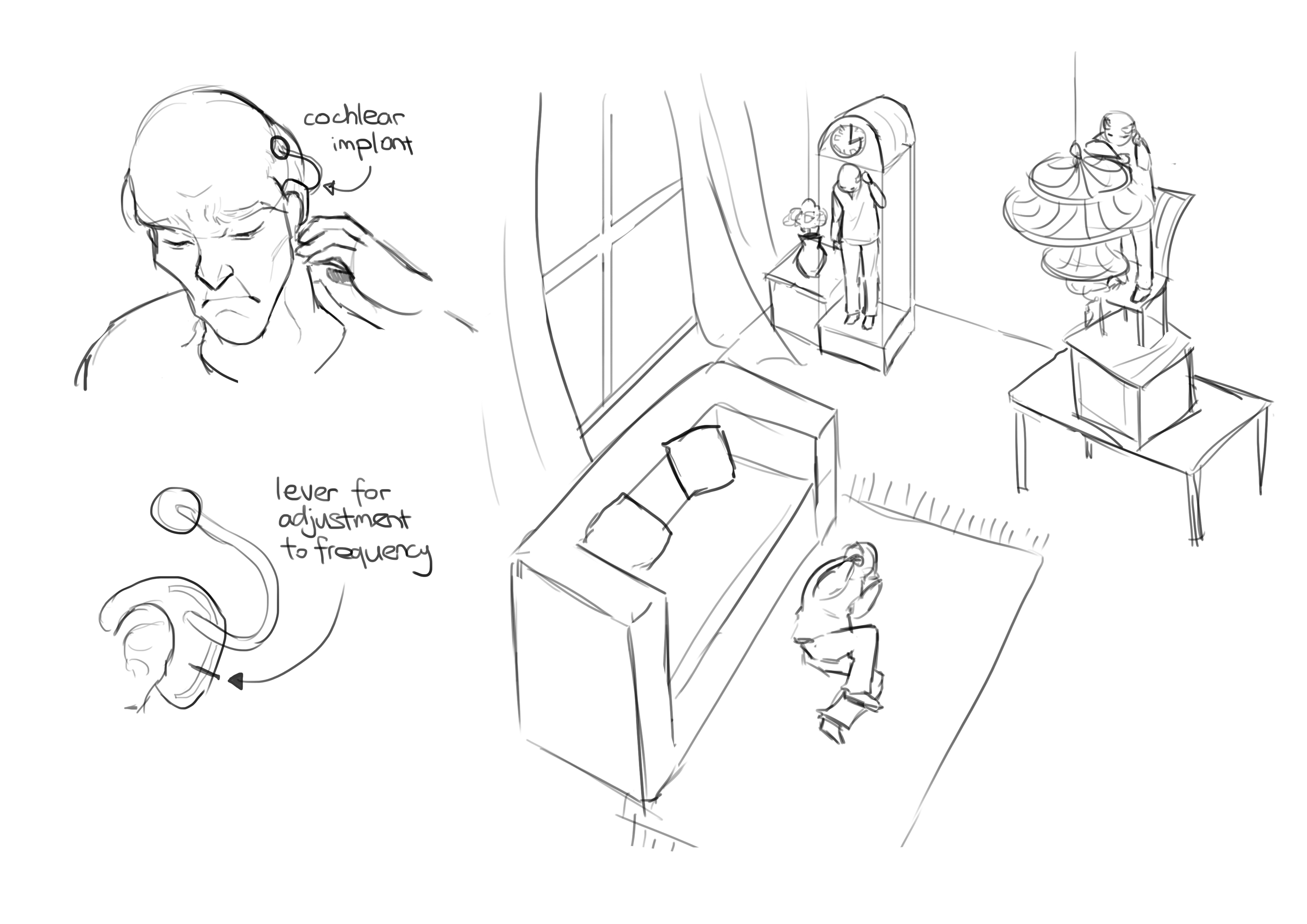 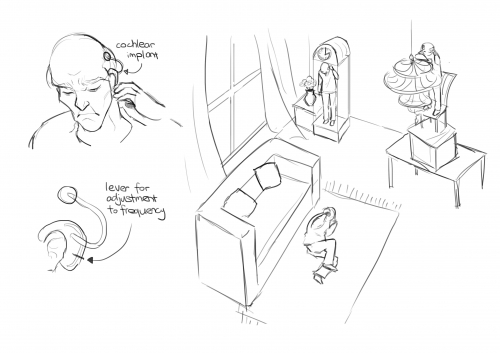 Week 7 revolved around the exploration of sound. My team decided to start with the prompt of ‘what if you had an unknown force chasing you, but the only indication you have of its presence is radio static’, and soon we became fascinated with the idea of radio frequency, static and buzzing. Ideas were collected and proposed into a game concept. An old man was accidentally given a military grade cochlear implant, standing at different areas of the house allows him to unlock top secret channels from different countries. The central gameplay revolves around the man frantically hurrying across his house, attempting to access the correct locations (that corresponds to channels) at the right time to piece together an underlying conflict that might throw the entire world into war. When the player enters the game, they will hear the buzzing of radio frequency. As they traverse through the house, the buzzing becomes clearer and clearer when they get closer to a correct channel (much like a real radio).

This is meant to be a light hearted game where players use all forms of creativity to reach impossible areas around the house (e.g. stacking chairs dangerously to reach the chandelier). Games as a medium will deliver the narrative in a more immersive way, over the linear story-telling of an animatic. Players can also progress the storyline at their own pace, and choose which frequencies they are more interested in. They can choose what they want to interpret and how they interpret them, formulating a different experience for everyone who plays the game. There is simply more depth to the story this way. For example, players may miss an important announcement from one frequency, but they can piece together its contents from analysing the discussion (spy reports) from other frequencies.

Our group was inspired by the games such as Fatal Frame and Scanner Sombre. Fatal Frame is a Japanese survival horror game where the player investigates an environment filled with ghosts. Their only weapon is a camera that allows them to see ghosts and damage them. We were fascinated with the idea of hearing/seeing certain things only available through certain tools that the player carries, and are otherwise invisible and not detectable. As well as exploration, players need to be wary of the environment and pay attention to incoming danger (or clues in our case). Scanner Sombre is a cave exploration game where the player wakes up in a cave with only an AR headset and LIDAR scanner. The world is revealed to them in coloured dots (looks like a heatmap?) as they venture through the cave. We formulated a very rough initial concept from this game, the player explores a cave system in pitch blackness, carrying nothing but a radio in their hands. The radio emits a faint frequency which grows louder and louder towards the correct exit, and it’s up to the player to listen to the echoes of sound (how close they are to a wall) and work with the radio frequencies to find their escape.

For a long time, my group was overwhelmed yet stuck on ideas. Our chosen prompt and the initial pitch (above) both felt unoriginal and already done before, they were too similar to the games that we mentioned. Eventually we realised that most of our ideas revolved around radio frequencies, static and channels. The clear channel is a method of rewarding the player for finding a correct spot. We nailed down this concept and tried to expand on this idea more. What are unexpected locations (other than a cave/haunted house) to find strange yet rewarding frequencies? What are other ways of intercepting radio frequencies other than running around and holding a radio? Coincidence or intentional? Eventually we came to the pitch mentioned in the first paragraph, as a refreshing way of tackling radio frequencies in a game. It is often used for locating items / monsters, yet we are using it for storytelling.