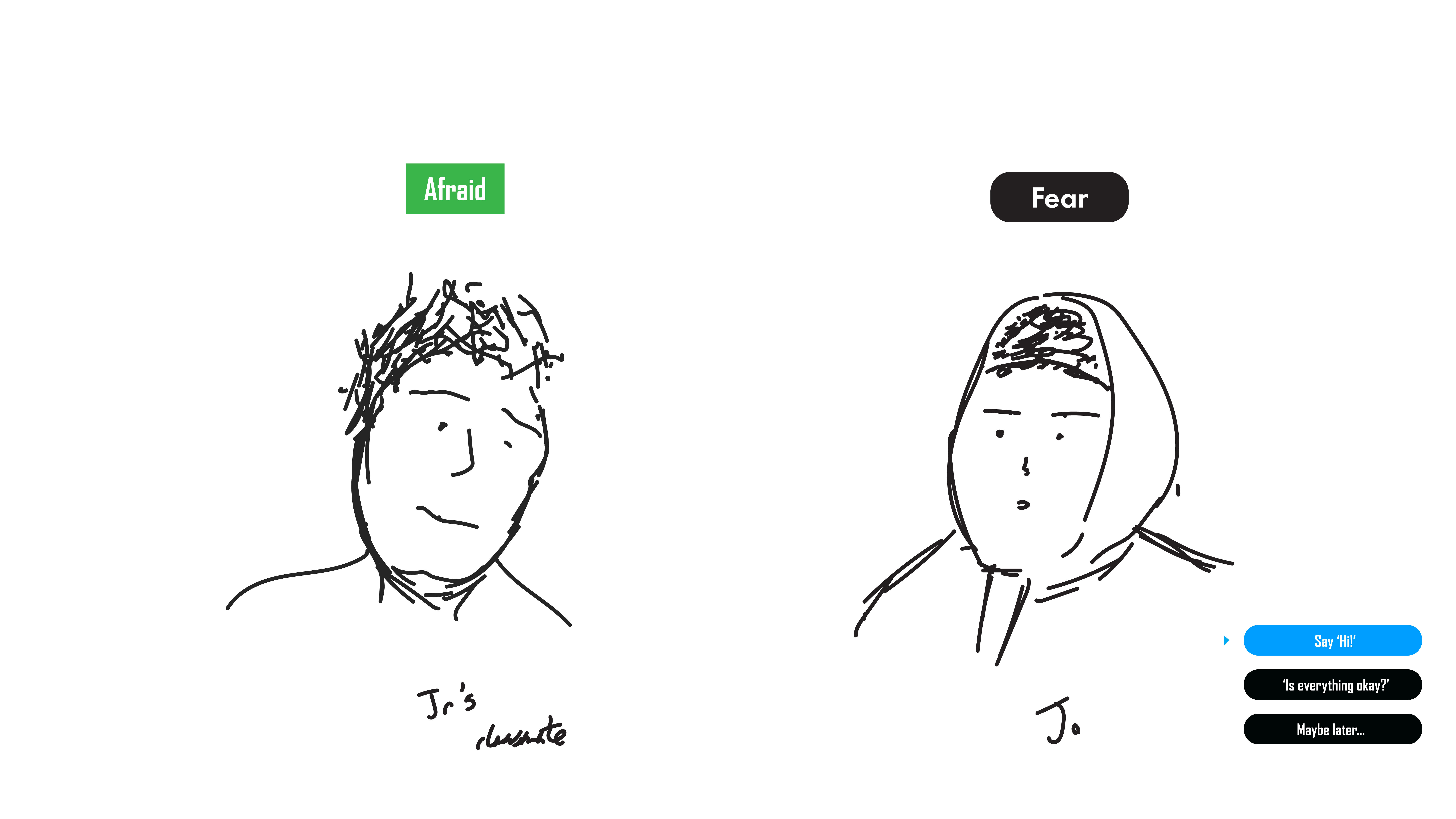 In week 12, I have decided to study and explore further the concept of emotion. This work examines the scenario 'What if emotions are shown above people's head as their current status all the time?'

Emotion itself is a vast topic to explore since it is an ever-changing, unpredictable status people experience in everyday life. The story would fit more with an interactive experience, where players have options to choose the dialogue as the story progresses, learning more about different kinds of emotion and the necessity of expression.

The primary reference during my development is Inside Out, an excellent movie explaining the different statuses of emotions, how they influence our daily decisions and mood. By using figures to represent each kind of emotion and creating interactions between them, the movie has shown how emotions work effectively. 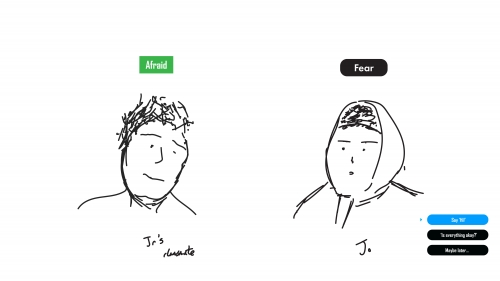 Since Jo develops memories, he feels differently than most people in a world where emotions are shown above everyone’s head. As a child, he is accused being cold-hearted and and cruel during a funeral of a family member, who he cannot remember much.

Since then, Jo has decided to limits his emotion. He tries to not show what he feels, fearing that others would hurt him after seeing his status being different than others. He has tried to talk about his feeling with friends, but has failed to do so as his friends cannot relate to or simply imagine his experience. He is completely along.

Time passes, Jo finds himself in a similar situation in university. Due to long term of suppression, Jo’s emotion status has only two representation: ‘normal’ and ‘fear’. During the night, when he is completely alone, the text changes to ‘stressed’ and ‘anxious’ but that further limits his thought.

One day, Jo sees one of his classmates having a similar status above the head, which says ‘Afraid’. It seems that the classmate is in a similar situation with Jo, completely alone. It takes several days before Jo finally finds the courage to talk to his classmates and asks about the status. They find themselves in very similar situation, sharing a highly similar experience and quickly become friends. For the first time in years, both of them have ‘relieved’ and ‘happy’ as their emotional status.

Weeks have passed and everything seem to be in a good direction. Until one day, Jo’s classmates emotion changes to ‘Love’ when hanging out with Jo. Jo, however, is completely lost and stresses about giving a ‘proper’ response. Once again he finds himself in a situation where he does not what to do or how he feels. The void inside his heart comes back as he tries to find a way to response, worrying about what the status will be for both of their emotions in the future.

In a world where emotions are shown above everyone’s head, Jo finds himself completely lost in his own feeling due to past trauma after discovering the relationship change with his new friend.