Play and nature - nature in the door

As usual when I thought about new ideas, I was considering about the direction of my design, when I was doing research, I was attracted by a special public interactive and communicative design art, I watched the video before, but I could not find that one, so I found a similar one instead. We Open Doors#startHub(https://www.youtube.com/watch?v=96rVTWo985A), in this video, although this design is more focusing on the communication and interaction among people,  it inspired me a lot to consider about making a virtual natural world indoors, which can provide visual access to nature for people who are not often get in touch with nature by 'moving the nature indoors', such as office workers. There is also a beautiful design which move the clouds indoors, combined with the light design, it can simulate the actual state of the cloud, such as thunder.(https://www.youtube.com/watch?v=cM2rNAVjHac)(https://www.youtube.com/watch?v=FN8uLPH_GxU)

First, I recorded a video in my apartment, which is a movement of the door, then I found a video about the movement of jellyfish in the ocean online which I would use it in my work. In this project, I want to show that after opening the door, behind the door is no longer a room, but an unexpected natural environment, it can be anywhere on earth you want to go, I just demonstrated this concept through post production. Based on this concept, it can be developed as a realistic three-dimensional interactive device, whether it is a display screen behind the door, or through projection, or even some AR and VR production.

I made it in AE, during the working process, I asked help from Stella, she helped me a lot with software, there was a small error when I was going to render the video, as the photo shown, I did not know what was wrong but fortunately it was solved.

The final work is a interesting and beatiful video that shown the underwater world in the door, as the door slowly opens, you can see many jellyfish swimming, after finishing this video editing, I also added the sound which I download online, which can make it more real and make the audience better participate in it, here is the link of the sound.

Actually based on this week's theme, I was going to do a work which can show the micro-world in a funny way in the form of a short animation or a graphic novel, but I want to try something different this week, so I decided to make something in real. In this semester, I focus on establishing a connection between reality and virtuality, when I thought out the idea of 'nature in the door', I decided to keep working based on it. Nowadays, virtual reality is already a trend, nany people are studying virtual reality, when it is widely used in human life, there are both advantages and disadvantages, but it can indeed increase people’s happiness in certain aspects. 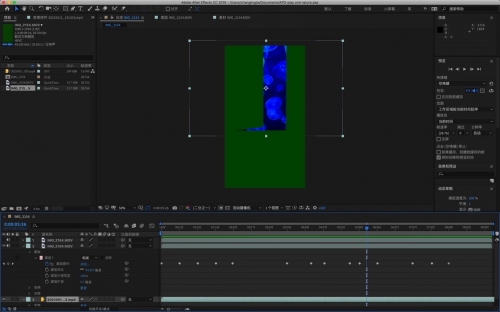 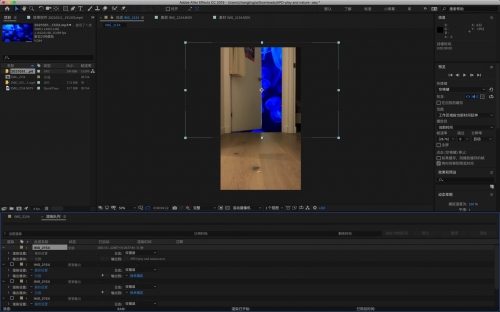